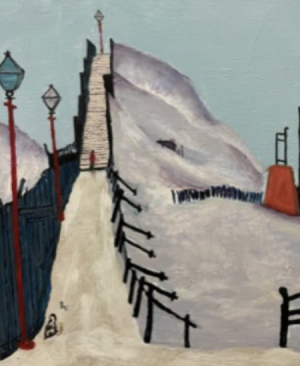 Japan artist and L.S. Lowry: Spirit of the heart

Sawako Utsumi is a contemporary Japanese artist who comes from Northern Japan. She adores the art of L.S. Lowry and often portrays the opposite dimension concerning color, reflection, space, and time. Hence, her latest art piece, titled “L.S. Lowry via Japanese artist and the spirit of the heart,” provides several different dimensions.

In the other art piece highlighted in this article by Utsumi – titled the delightful “Lowry in Japanese color, space, and time ” – you equally feel her artistic passion for Lowry. These striking art pieces are paying homage to Lowry – while Utsumi also expresses her own individual traits and perspectives – work a treat.

Lowry said, “I cannot over-estimate the effect on me at that time of the coming into this drab city of Adolphe Valette… He had a freshness and a breadth of experience that exhilarated his students.”

Lowry expressed how the decades of future artistic inspiration suddenly flooded his artistic soul – from out of the blue despite being familiar with the same landscape for years. He said, “At first I detested it, and then, after years I got pretty interested in it, then obsessed by it … One day I missed a train from Pendlebury – [a place] I had ignored for seven years – and as I left the station I saw the Acme Spinning Company’s mill … The huge black framework of rows of yellow-lit windows standing up against the sad, damp charged afternoon sky. The mill was turning out … I watched this scene — which I’d looked at many times without seeing — with rapture …”

In Utsumi’s art pieces concerning Lowry, the essence of color, alternative ideas, space, time, and other areas are visible. For example, the dog and two cats in her latest art piece relate to their collective spirits still being close – despite parting from this world. Also, instead of angles of bleakness related to the art pieces by Lowry, even if unintended: Utsumi focuses on hope, light, and a world of joy that is often hidden from the concept of industrialization and post-industrialization despite the hardship that entailed.

Thus the individuals (two adults and a child) walking in the direction of smoke-filled chimneys in the original by Lowry – and other angles of the backdrop of industrialization – are replaced by one individual with a heart full of love and hope (the two cats and a dog being the spirits that stay within the heart and only a memory away). Therefore, the scenery is lighter! 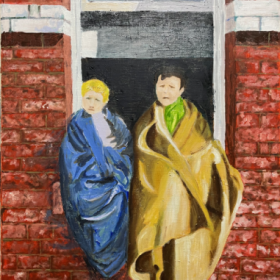 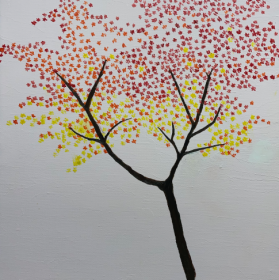 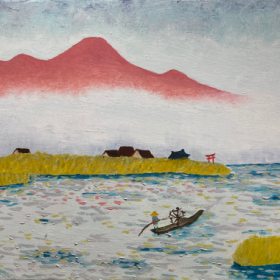 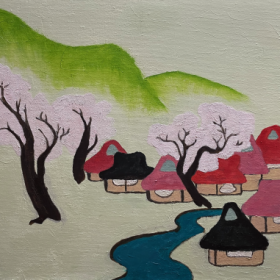 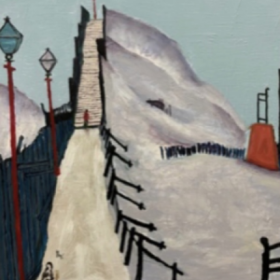 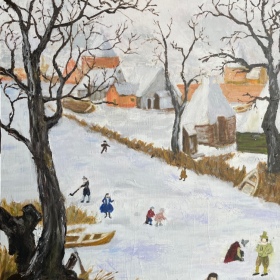 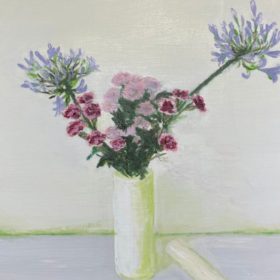 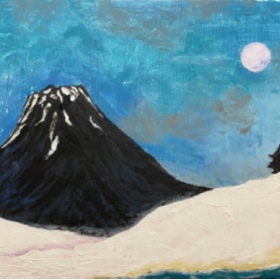