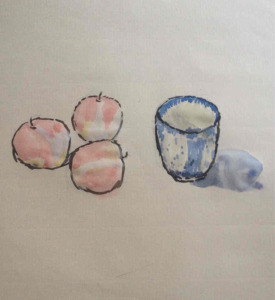 Still life art became a specific specialization within Western art by the final decades of the sixteenth century. Of course, this artistic theme can be traced back to Ancient Graeco-Roman art and within various elements of other cultures. However, this applies to various angles and diversions from what contemporary art deems to be still life. Interestingly, Sawako Utsumi (top art piece), a modern contemporary artist hailing from Sendai, Japan, fuses the ancient Greek world within her simplistic, but philosophical, art piece.

Art itself is based on chaos, culture, creativity, order, religion, philosophy, individualism, time, various art forms, structure, the inner self – and a host of other factors that can’t be constrained indefinitely. Sadly, within culture, art can easily be suppressed by religious dogma and political philosophies that abhor freedom. Indeed, in parts of the modern world various Sunni Takfiri Islamist movements are literally erasing architecture, art and high culture. At the same time, one-party states like modern China often infringe on the freedom of expression, when deemed to be aimed at political dogma.

The three artists in this article apply to two firmly past established artists and one contemporary artist, who is still experimenting and preserving her diversity based on current internal constraints. Koide Narashige (1887-1931) and Kishida Ryusei (1891-1929) belong to the same period of Japanese history. Similarly, both artists died relatively young and one can only imagine how both artists would have evolved. However, despite this reality, Kishida and Koide leave a lasting legacy based on many amazing art pieces that both individuals created. 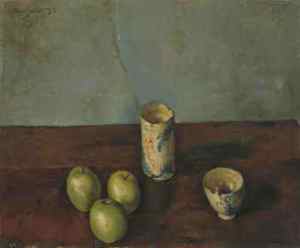 Of course, individuals can give any meaning they desire and likewise others can claim that the natural reality is all that matters. Despite this, the significance of three and one within the philosophy of Pythagoras and Plotinus is extremely significant. Indeed, the trinity of Christianity within a Pythagoras worldview, and the one God of Christianity, Judaism and Islam – with Judaism and Islam resembling solely the purity of Plotinus, all gained enormously by the richness of the Greek world at various stages throughout history.

According to Pythagoras the number three is of extreme nobility because it is the only number that is equal to all the numbers that are immediately below it. Similarly, the final sum of three is the only number “whose sum with those below equals the product of them and itself.” Therefore, the Christian trinity and its power can be viewed differently in the old world of Pythagoras. Likewise, according to Plotinus – and other Neo-Platonists – the number one is the source of all existence and reality. In other words, the number one equates to the number that resembles God and is the basis for all other numbers. 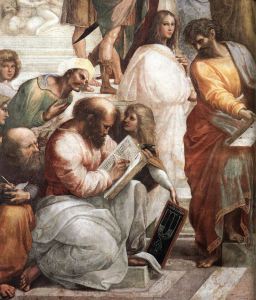 Utsumi cleverly plays on the rich philosophical history of Pythagoras and Plotinus. Also, the blot near the symbol of Plotinus in her art piece relates to other faiths that don’t follow the same theme. After all, Utsumi hails from a land where Shintoism and Buddhism don’t follow the same logic of either one God – nor acknowledge the power of the trinity. Given this reality, the blot relates to other thought patterns and while appearing to have lesser importance, in reality the value is equally valid. Therefore, while the legacy and fame of Kishida and Koide are powerful within Japanese art, this article is mainly based on the ideas of a modern artist who currently remains in the shadow. 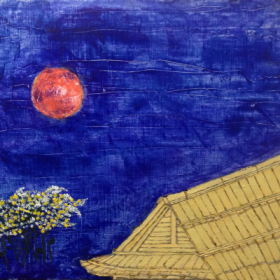